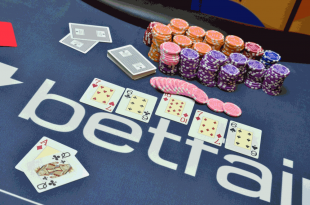 According to US Poker, this move has no affect on its New Jersey casino site or any of its poker operations in the rest of the world.

The online poker room closing in New Jersey has gone largely unnoticed, considering it posted $0 in revenue during October and raked just $1 in September according to tax returns filed with the New Jersey Division of Gaming Enforcement (NJDGE). Betfair's total New Jersey online poker revenue in 2014 was $50. The poor result followed the $90 in revenues declared in 2013.

While Betfair's New Jersey online poker room failed to attract players, its online casino is alive and well, filing an October win of $855,869 and a $6,677,288 win during the first ten months of 2014.