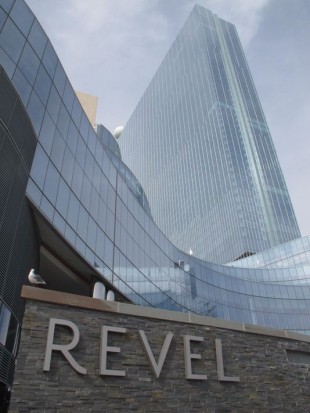 So far, the owner of Atlantic City’s former Revel casino has proposed using it as an indoor water park, a medical tourism resort, an equestrian facility and a so-called “genius academy” where the world’s top minds would tackle society’s problems.

Now add this to Glenn Straub’s thoughts for the property: housing Syrian refugees. Straub told The Associated Press on Tuesday that he’s willing to let people displaced by the civil war in Syria stay at the 47-story Revel resort as he fights in court over its future.

Straub has been trying to reopen Revel since buying it in April for $82 million but has been beset by litigation from utility companies and former tenants that has so far kept it shuttered. “We treat our dogs better than we treat the Syrians right now,” he said. “If the government wanted to house Syrian refugees, I’d give them use of the building and let them put those people there.”

He said the building is likely to remain vacant for the foreseeable future while he hashes out a half-dozen lawsuits or regulator battles involving its utilities, taxes and former business tenants. The U.S. State Department said Tuesday that it had not been contacted by Straub but would be willing to put him in contact with a local refugee resettlement agency should he so desire. Straub said his only request would be reimbursement for the cost of operating the building while refugees were staying there.

Looking for a legal New Jersey Online Casino? Check out Mohegan Sun Casino & get a Sign-Up Bonus up to $1,000!