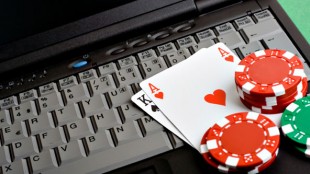 This past week it was announced that the House of Representatives has scheduled a second hearing to discuss legislation that would disallow New Jersey from allowing online gambling such as Web casinos and poker.

As Gambling911.com reported last month, incoming House Speaker Paul Ryan was quick to hire one Dave Hoppe, a top Washington lobbyist, as his proposed chief of staff.  His clients include the Coalition to Stop Internet Gambling, which is the brainchild of Las Vegas kingpin and GOP mega donor Sheldon Adelson.

Adelson is widely believed to have crafted legislation that would result in further prohibition to online gambling.

Restore Americas Wire Act or RAWA is co-sponsored by two of the casino billionaire’s cronies, Utah Republican Representative Jason Chaffetz and South Carolina Republican Senator Lindsey Graham, who is currently mounting an unsuccessful bid to become the next U.S. President.

The hearing has been scheduled for December 9.