Legal U.S. sports betting could spread thanks to New Jersey 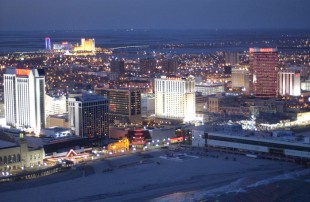 Those venues would then be free to oversee their own sportsbooks under the latest bill, which the sports leagues also tried to block in court. They won that case as well, and New Jersey appealed.
Other states - especially Pennsylvania and Delaware, which are also in the Third Circuit - might immediately follow New Jersey's lead if it won and begin pushing for broader sports betting, Wallach said.
If legal sports betting spread, New Jersey could eventually grab about $10 billion of a national market that could be as much as $400 billion, said Dennis Drazin, an advisor to two parties involved in New Jersey's Monmouth Park Racetrack, where on Aug. 2 American Pharoah won his first race since taking the Triple Crown.
"It would be a huge economic boost to Monmouth Park and New Jersey and Atlantic City casinos," Drazin said.
The park has already spent $1 million to outfit a sportsbook room through the largest North American sports betting operator, the U.S. subsidiary of Britain's William Hill PLC.
LONG ODDS
But New Jersey faces long odds, according to some analysts.
"It's going to go down in flames," said Chuck Humphrey, lawyer and author of the website gambling-law-us.com.
Humphrey and others called the leagues "hypocrites" for blocking sports betting while actively investing in fantasy sports companies.
The tide may be turning, however. In a November op-ed in The New York Times, NBA Commissioner Adam Silver urged Congress to adopt a federal framework to allow betting on professional sports, arguing that a state-by-state spread of measures like New Jersey's would be bad public policy.
"There is an obvious appetite among sports fans for a safe and legal way to wager on professional sporting events," he wrote.
Globally, the market is at least $1 trillion, 90 percent of it conducted illegally, said Patrick Jay, who oversaw Asia's largest regulated sportsbook as director of trading at the Hong Kong Jockey Club. It could be as big as $3 trillion, nearly all of it illegal, he estimated.
Americans bet $3.8 billion illegally on this year's Super Bowl game, compared to approximately $100 million of legal bets on the event annually, according to American Gaming Association estimates.
So far, the NBA is the sole league calling for federal authorization.
"Our long-standing position against the proliferation of gambling on NFL games remains," NFL spokesman Brian McCarthy said in an email.
The NCAA said in a statement that "the spread of legalized sports wagering is a threat to student-athlete well-being and the integrity of athletic competition."
Major League Baseball declined to comment. The NHL did not reply to a request for comment.
By Payton
on on September 14, 2015