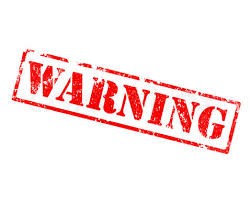 LAS VEGAS (AP) - The industry group representing casinos, racetracks and sports books in 40 states where gambling is legal wants there to be no confusing it for illegal gambling linked to violent organized crime.

While the industry may have avoided shining a light on illegal gambling in the past so as not to attract unwanted attention to itself, Freeman and the group have made it a priority as they have been educating lawmakers and presidential candidates about the highly regulated industry.

"I'll take that exposure any day of the week," he said.

Of those, the study looked at 10 cases of online sports betting and unregulated casino parlors linked to larger crime syndicates including the New York and Philadelphia Cosa Nostra families, a motorcycle gang and Texas drug traffickers that led to up to $68 million being seized in at least one case, or an average of $3 million each.

"Suffice it to say, the money was not going to college tuition," said Albanese at the association's annual Global Gaming Expo in Las Vegas this week.

Illegal sports betting hasn't been a victimless crime, said Freeman and several former and current law enforcement officials. They said the money was being used to pay for other crimes.

"This is what oils the machine," said Ed Davis, former Boston Police Commissioner who sits on the American Gaming Association's illegal gambling advisory board that includes former Homeland Security and FBI officials. Unless investigators and prosecutors pay attention to it, more heinous crimes could follow, he said.

The push to curb illegal gambling has also been an opportunity for Freeman and others to criticize the 1992 federal law that restricted sports gambling to just four states, including Nevada and Delaware.

The association has often pointed to estimates that illegal sports betting has led to $150 billion in wagers annually, although no one knows for certain. The number is based on the most conservative estimate of the National Gambling Impact Study from 1999, $80 billion, increased to reflect gross domestic product growth since that time.

"It speaks to the utter failure of the law we have in place," Freeman said. "This is one that's completely ignored."