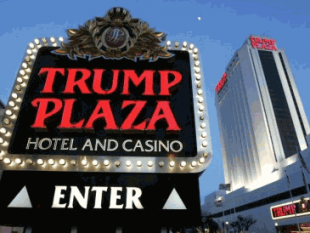 Gov. Chris Christie today signed an executive order that will extend the life of the New Jersey Gaming, Sports, and Entertainment Advisory Commission, a seven-member panel charged with making recommendations to improve the competitiveness of the gaming industry in Atlantic City, promoting it as destination resort and ensuring that horse racing becomes self-sustaining.
Atlantic City has seen four of its dozen casinos close in recent months, losing more than 9,000 jobs. Meanwhile, a fifth casino, The Trump Taj Mahal, teeters on the brink of becoming the mausoleum after which it’s named.
Monday, the state’s senate budget committee approved the “Casino Property Taxation Stabilization Act,” (S2572) authorizing the casinos to make fixed and presumably lower payments based on casino revenues in lieu of the usual property taxes of $150 million for the next two years.
The renewal comes at a time when state officials are scrambling for ideas to help Atlantic City. Last month, a federal judge had blocked a move by New Jersey to legalize sports betting at casinos and racetracks, even though the state quickly filed a notice to challenge his decision in the federal Third Circuit Court of Appeals.
Previously, the gaming advisory commission was set to expire upon the issuance of its final report, but now will continue until at least Dec. 31, 2015.
By Payton
on on December 11, 2014